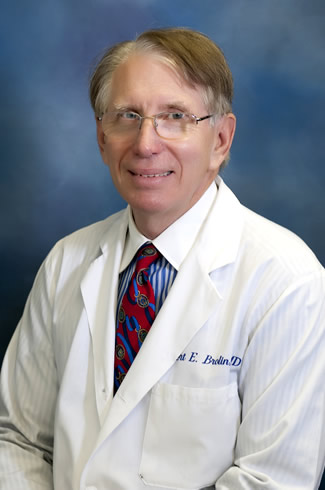 Dr. Robert E. Brolin has performed thousands of weight loss surgery procedures over his distinguished 35+ year career. He is well known for his diagnostic expertise in evaluating problems and complications of bariatric operations performed by other surgeons.

Dr. Brolin was Board certified to practice general surgery in December of 1981 and has twice been recertified in that practice (in 1992 and 2001). By the mid-1990’s, the growth of his bariatric surgical practice made it impossible to continue practicing general surgery, with the exception of selected operations for his bariatric patients (hernias, gallbladder removal, bowel resection, etc.).

As the expiration of his general surgery certification approached, he applied to the Verification Subcommittee of the American College of Surgeons for an exemption for recertification in general surgery, which was granted in 2014. Dr. Brolin continued to practice bariatric surgery until his retirement in the spring of 2016.

Dr. Brolin regularly serves as an expert witness for legal cases that require bariatric expertise. For more than 30 years, he’s reviewed cases throughout the country for both defense and plaintiff’s attorneys in the general areas of bariatric and gastrointestinal surgery. He’s been associated with only one adverse defense verdict in 30+ years of testimony.

Dr. Brolin is currently enjoying semi-retirement at his home in Plainsboro, NJ. He enjoys gardening, stamp collecting, and spending time with his five young grandchildren.