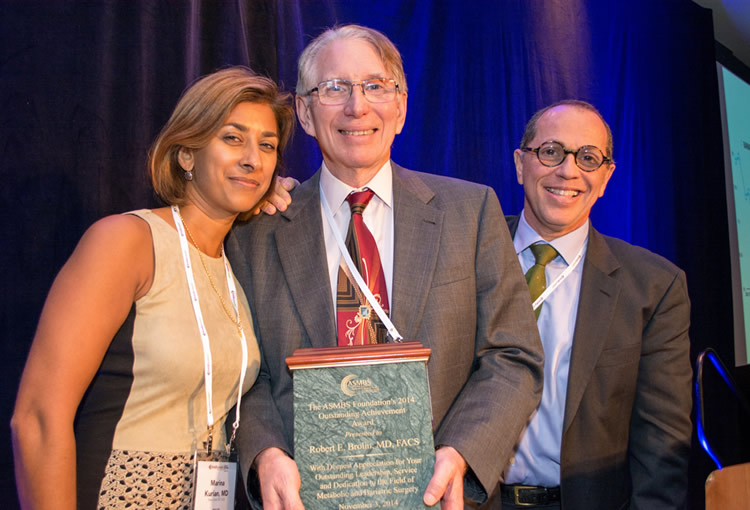 Robert Brolin, M.D., one of the leading bariatric surgeons in the United States, is Co-Director of Metabolic and Bariatric Surgery at University Medical Center of Princeton at Plainsboro.

Dr. Brolin has more than 33 years of experience in bariatric surgery and is considered one of the nation’s leaders in the field. With clinical expertise that includes Roux-en-Y gastric bypass, sleeve gastrectomy and revisional surgery, Dr. Brolin has more than 3,200 bariatric procedures to his credit, including more than 900 laparoscopic Roux-en-Y gastric bypasses and 350 revisional surgeries.

He has served 20 years as a full-time faculty member at Rutgers Robert Wood Johnson Medical School (formerly UMDNJ), where he was Professor of Surgery. He also was appointed adjunct professor of surgery at the University of Pittsburgh Medical School. He has published and presented extensively on the subject of bariatric surgery.

The ASMBS Foundation’s Outstanding Achievement Award honors an ASMBS member who supports the goals and vision of the ASMBS Foundation, has displayed a lasting impression and selfless commitment to the ASMBS organization and has made significant contributions to the field of metabolic and bariatric surgery.